It seems inappropriate to say “Happy” when Memorial Day is the day we honor our fallen soldiers.  So….have a peaceful day and even if you don’t know anyone in the armed services, send a kind thought or note their way.

We’ll be back to our regular posting tomorrow with the usual muslins and bird sh*t.

When the BBC’s Doctor Who was briefly added to the SyFy lineup a couple of years ago, I instantly fell in love with the ninth doctor, Christopher Eccleston. His quirky personality was a delightful fit with the reincarnation of the venerable Doctor Who series. Billie Piper, acting the part of a working-class London girl named Rose, was pitch perfect as his down-to-earth human friend. When Eccleston was traded for David Tennant, the tenth Doctor, I was not sure I could learn to love another. However, like Rose, I grew to accept the different face of the same Doctor. When Piper left the show, I felt like the heart had gone out of it and so I stopped watching.  I heard through the grapevine that Matt Smith had become the eleventh Doctor, but could not bring myself to care.

BUT.  This weekend, for lack of anything else to do, I tuned in to a Doctor Who marathon on the BBC.  And slowly but surely, the eleventh Doctor and his friends Amy and Rory won me over.  After all, one can always use a visit from the Doctor.

And in the spirit of the last post, here’s something sexy for your ears…

I can’t be the only person who has this song on the soundtrack to their life.  I can’t decide if it’s meant to be seductive or wistful — there are plenty of times I’ve crushed on someone totally inappropriate, and sometimes the crush is sweeter for not acting on it.  So here’s to all the unattainable guys……lyrics after the video.

A big fat no

You’re the fifth drink before a long drive home

You’re the thing to avoid

The bars to my cage

You’re all I think about everyday

You’ve got that thing

That my wildest dreams are made of

You set my world on fire

I die everytime you walk by

I can’t hide that I’m drawn to you

Desire is such a wicked little high

When the one you want is blind to you

You’re the reason for therapy

Why I should go back

You’re the tingle in my jeans

You’re everything I don’t want

But everything I need

I see other guys

But their kisses don’t mean nothin’

‘Cause you’re what I have in mind

I die everytime you walk by

I can’t hide that I’m drawn to you

Desire is such a wicked little high

When the one you want is blind to you.

A big fat no

You’re the fifth drink before a long drive…..

I was looking over my blog stats for the last week or so. Somewhat hilariously, a few people found me by googling mojo+jeans. I’m pretty sure I still have mojo but less certain that it’s related to my pants. Which I’m often not wearing.

What is NOT surprising is that lots of people found me by looking for Rhys Meyers — go back to the last Sci Fi Sunday if you want to know why. I’ve never thought he was very attractive (I do think he is a good actor), but clearly, people want male eye candy. So I thought I’d post a list of science fiction guys that I do think are deadly hot. There is not enough appreciation for these men as it is:

Ben Browder.  Definitely the best known and most popular guy on this list.  At his best in: Farscape, Stargate SG-1.

Steve Bacic.  As little known as he is, he actually won an award for being this hot.  At his best in: Andromeda, Flash Gordon, numerous bit parts in Stargate SG-1, Battlestar Galactica: Razor.

Christopher Heyerdahl.  This Canadian actor suffers from doing some of his best roles while buried under a ton of makeup. When he takes it off, however…whoo!  At his best in:  Sanctuary, the Twilight series, Stargate Atlantis (he played Todd the wraith — yes, really!).

Kyle Schmid.  Another Canadian actor who’s been around for a while, dabbling in this and that.  At his best in: Blood Ties, which also stars the amazing Christina Cox. 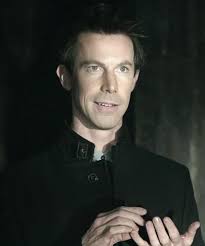 Jonathon Young.  This actor does a lot more work on stage than on screen, making screenshots of him hard to come by.  At his best in:  Sanctuary, playing Nikola Tesla.

Louis Ferreira.  His portrayal of Colonel Young made it easy to empathize with a difficult-to-like character.  At his best in:  Stargate SGU.

Ok, I know I’ve forgotten YOUR favorite guy candy.  Go ahead and yell at me in the comments.

Posted in my weird sense of humor, Sci-Fi Sunday

10.  Everybody will wear polyester double knits.

9.  Annoying whiners will still be whining.  No, we’re not talking about you, Barclay.  Shut up.

7.  Going to the doctor is a lot more enjoyable when they don’t actually have to touch you.

6.  Robots will be programmed with sexual abilities, but should not be allowed to name cats.

5.  People will have enough self control to leave the holodeck occasionally (why?).

3.  For every universe, there is a mirror universe.  You will meet your twin.  They will probably be evil.

2.  You’re not dead until you’re dead in Sick Bay.

1.  The Prime Directive is all-important.  Except when it doesn’t work.  Or it’s inconvenient.  Or it just bugs you.  Or you’re in the Delta Quadrant.  Or they’re holding your people prisoner.  Or….

I wasn’t kidding last week when I said I might end up nekkid.  So today, I took it on myself to whip up a couple of new skirts.  I used this pattern:

I’ve sewn this pattern before with somewhat mixed success.  Because of the size difference between my waist and my hips, I always have to cut elastic waist patterns too large and they end up looking odd.  However, it suddenly came to me that this problem would be solved if I used knit fabric.  My first choice was View F, which is a knee-length A-line skirt with a lot of hip room.  I traced the pattern because I didn’t know how my experiment would work out — I ended up sizing down to an 8 from my usual 12, and I didn’t have enough 2″ elastic so I cut the waistband down to use 1.25″ and 1″ elastic, respectively.  I also didn’t bother to cut the waistband on the bias since it would stretch anyway.  The results were immensely gratifying.  I’ll probably try to whip up a couple more knit bottoms over the next day or so.

Currently watching Interview with the Vampire.  My God, there are SO many beautiful men in this movie….

Surprise, we’re all still here.  So here’s the media I’ve been consuming this week:

Simon R. Green’s A Hard Day’s Knight is the 12th novel in the Nightside series.  The Nightside books follow the career of John Taylor, private eye.  He doesn’t solve murders or do divorce work and he wouldn’t know a clue if he fell over it.  What he does is find things — and occasionally, people — in the Nightside, the dark and seedy side of London where it’s always 3 am and everything, including your soul, is for sale.  Green’s Nightside series was a frontrunner in the urban fantasy genre of hard-boiled science fiction, and it’s a delight to spend time with John Taylor again.  This time, Taylor has been gifted with the sword Excalibur in the unlikeliest way imaginable….it was sent to him in the mail.  The whole thing smacks of destiny, and Taylor has always been good at dodging destiny.  However, Excalibur has other plans — plans that will take Taylor into London Proper and back to the Nightside, running into the usual crew of nasties (past, present and future) along the way.  If you are interested in the Nightside series, I strongly recommend starting with the first book Something From the Nightside.  The second book is Agents of Light and Darkness.  Be aware that Green is an extremely graphic writer in the blood and guts area (no sex, though) and his descriptions can veer into the grotesque and macabre.  In all, this 12th book is an excellent addition to a series that never fails to challenge and amuse.

What to say about this lush BBC adaptation of Mervyn Peake’s Gormenghast novels?  I hesitate to admit that I’ve pulled the books off the shelves at the bookstore a number of times, thumbed through them and put them back.  They never seemed interesting enough to dive into Peake’s world, although this trilogy is considered one of the cornerstones of fantasy fiction. But!  Here is the BBC to the rescue with a miniseries, chock full of big-name actors like Jonathan Rhys-Meyers, Stephen Fry and Christopher Lee and filmed in amazing, graphic detail!

Fifteen minutes into the series, I found myself saying….this is WEIRD.  Ok, interesting and intense, and rather good in it’s own way, but dear sweet mice on toast, Gormenghast is WEIRD.  Rhys-Meyers is horrifyingly good as the loathsome Steerpike, who brown-noses his way into a position he doesn’t deserve in order to attain power over the royal Groan family.  I have no way of knowing how faithful the movie is to the book — I’ve read comments saying that they radically altered some of the plot lines and characters so rabid fans may want to avoid.  Some people have also complained that Steerpike is too like-able, which makes my head spin — I don’t think we were watching the same movie!  In all, this is an excellent four-part series if you’re in the mood for something gothic and baroque, and have a high tolerance for the bizarre.

Rapture Ready — Or Not

I was going to post about the end of the world tomorrow, but it snuck up on me.

Do you think that excuse is going to work at the actual end of the world?  Anybody?  Anybody at all?  Bueller?

Anyhow, I just got back from the kids’ school carnival and I’m asleep on my feet.  Which for some reason is making me think of this song:

As Mark Twain said, this will gratify some people and astonish the rest.

I’m out of regular clothes.  This doesn’t seem like it should be a problem for someone who can sew, but it takes time to sew and when you sew things like dresses and skirts….you run out of everyday clothes.  I’m still working on my Bird Sh*t Skirt, but I took a break today to run out and pick up essentials like, you know, t-shirts.  I also need socks.  In fact, I need to either buy more bottoms or step up the sewing mojo before I get arrested for going out like this:

I admit, beer boxes are not a crafting medium I’ve had much experience with, but any port in a storm, right?

Posted in my weird sense of humor, sewing

My best fabric sources are often online, most particularly Ebay where you can pick up designer mill ends for a song.  I recently scored some fabric from subculture brand Lip Service’s Polka Splats line.  I was pretty excited — I pictured a dress that looked something like this, except in black and white with splatters: 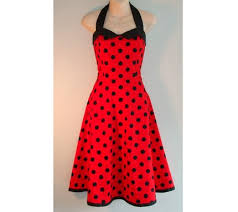 However, when the fabric arrived, it looked like this: 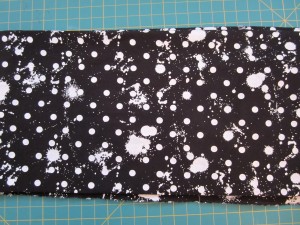 Which made me think of this:

Which is possibly the idea Lip Service had too, given the way they used the fabric in their collection.  I’m not sure where you wear this outfit except definitely NOT to feed the pigeons:

ANYWAY.  I have 3 yards of Polka Splats and I’m determined to use it.  With any luck, it will become this skirt:

I’m trying this pattern without a muslin because what the hell, I’ve got 3 yards.  In any case, what could be more punk rawk than a skirt with sh*t on it?

Posted in my weird sense of humor, sewing